Mount Monadnock #3: What Is It That Moves? 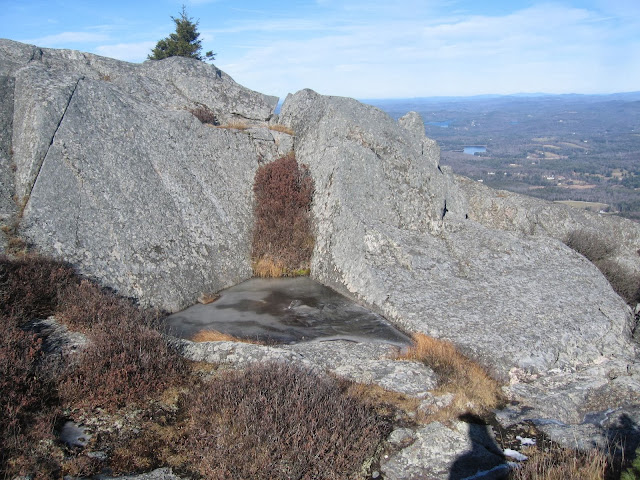 Watching the snow fall gently on the cypress trees outside my kitchen window, I am reminded that I have yet to post my latest hiking experience. Early on a frigid Thursday morning, November 21, 2013, I headed up Mount Monadnock for the third time, third, that is, in relation to this project. I have retired the home-made GPS drawing device. It was a great experiment, but for whatever reason proved an unreliable tool. In the spirit of the project this is an acceptable outcome. So from now on, I am the device. I am (as always) a point moving in space. 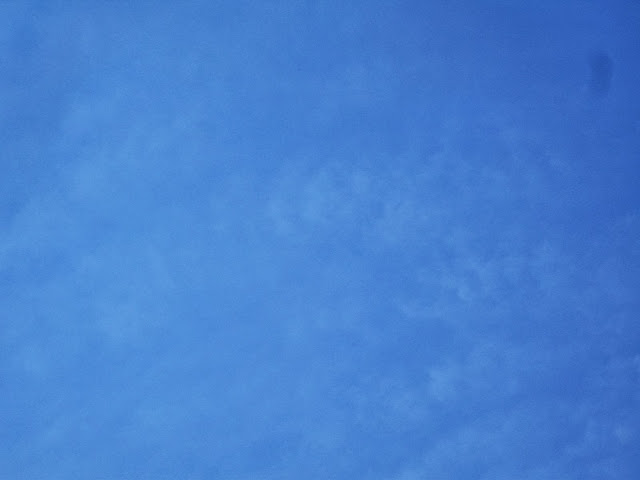 November 21st was a day just like this... cold, cold, cold and clear, clear, clear; reminding me of something I had heard from the venerable zen teacher, Thich Nhat Hanh, that the true nature of mind is always clear, like the bluest of skies. With this thought I decided to take the trail up the mountain that I had on my first time up for this project: White dot to Red Spot using the Cascade Link, then Pumpelly Trail to the summit. I was curious as to how this hike might be the same or different from it's predecessor.

As I set off from the parking area I was relieved that this was a fairly calm day. The wind was at a minimum. Fortunate, as the temperature was well below freezing. Hat and gloves, multiple layers, hot coffee and spare socks, walking stick--check, check, check, and check. The air was crisp and it felt quite refreshing to step off on a brisk morning into the forest. Within the first hundred yards I encountered a fundamental difference from my previous time up this trail... ice. 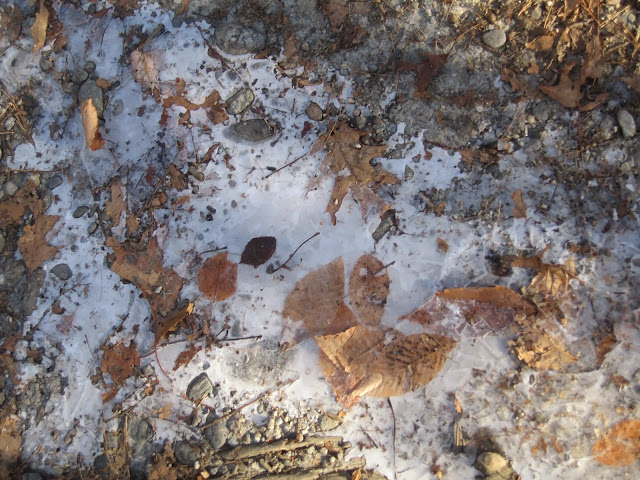 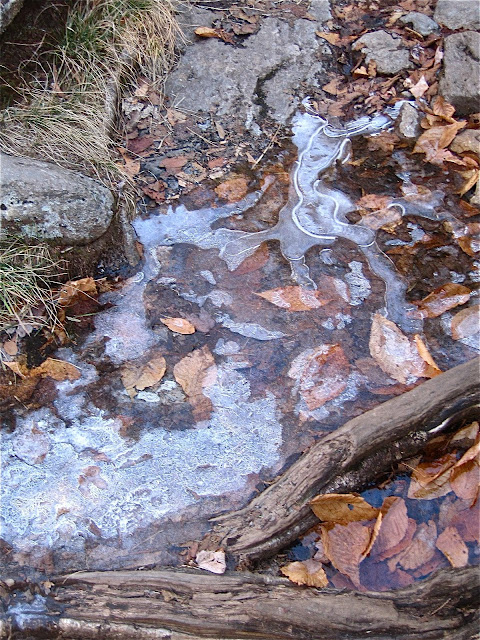 Frozen puddles and icicles were ubiquitous. It was not long before I began to see that a good deal of the trail was going to be like this: 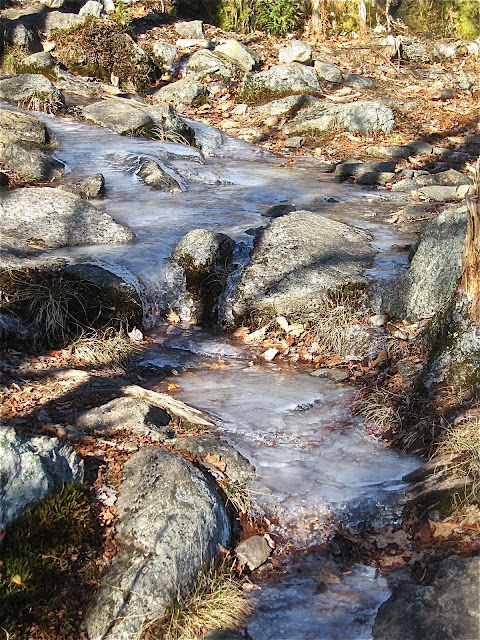 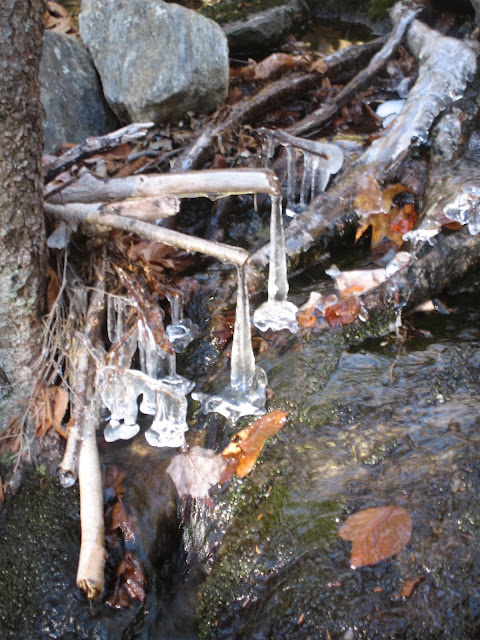 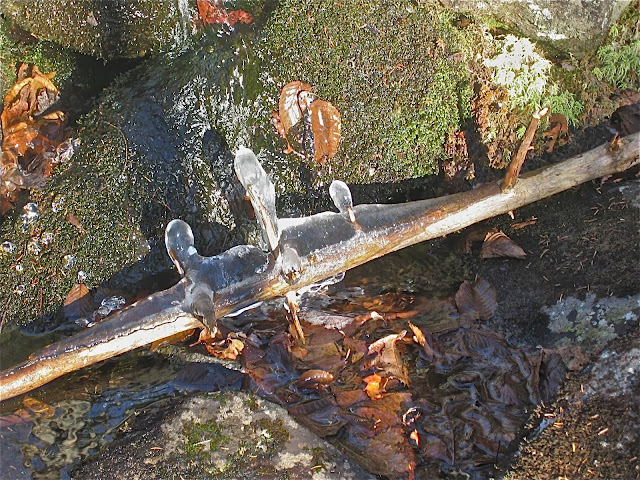 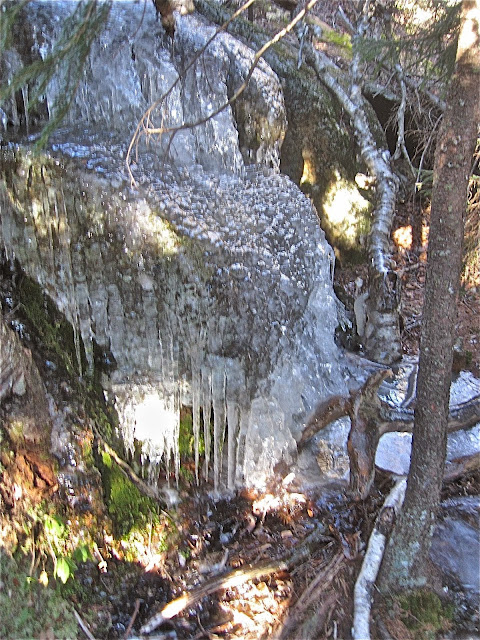 So what I was seeing and feeling was the mountain passing through the season. Or was it the season passing through the mountain? Does this amount to the same thing? Can a mountain move? According to Dogen, in his Mountains and Waters Sutra, mountains walk. One may think he was writing metaphorically, but I think not... there is not a lot of metaphor in zen (and there is a lot of metaphor in zen). Or is it that the seasons are always there and the Earth turns into them? What is it that moves? I am a point moving in space. Or is the mountain the space that is moving through me? Same or Different?

These were the questions that arose and subsided with each step until they were just kind of hovering there with me, companions along the way. As Rilke wrote in Letters to a Young Poet, "Don't search for the answers, which could not be given to you now, because you would not be able to live them. And the point is to live everything. Live the questions now. Perhaps then, someday far in the future, you will gradually, without even noticing it, live your way into the answer." I began to feel myself occupying the space between dualities, not the same or different, not outside or inside, not water, not ice; like a brook that is still moving, still water, but on the verge of being ice. The liminal or between space. A threshold. 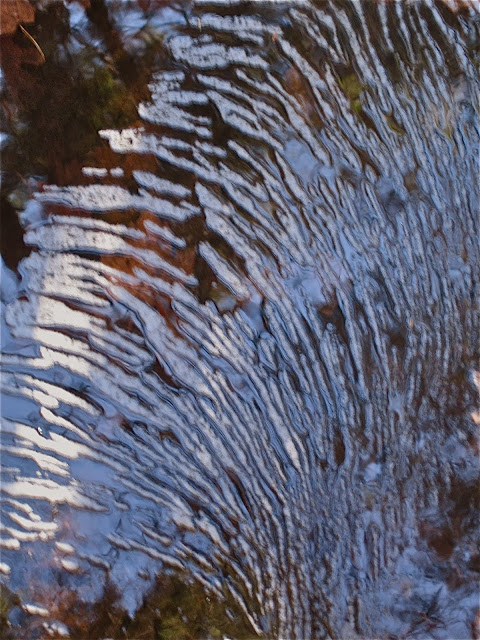 In this space there is only hearing, seeing, walking, a heart that beats. It is not that I see, I hear, I walk, my heart that beats... the experience is outside that kind of dualistic thinking that separates, divides, categorizes. It is the mind that holds, "What is it that moves?" without trying to answer it. But the mind's function is to think and, so, then comes perception, formations, attachments, etc. I quite  naturally and somewhat without noticing the difference in mindset began to aestheticize my experience and think of it in terms of art.

As I photographed frozen pools and hair/needle ice (see image below) I thought of William Henry Fox Talbot's The Pencil of Nature, not so much the book, which was an important and influential work in the history of photography, but the phrase, the pencil of nature or nature's pencil. Talbot's metaphor, to me, rings false, as wild nature does not make art or, more specifically, does not draw. Conditions are such that certain phenomena happen. We, the perceivers, aestheticize them but, beautiful and wondrous as they are, they are still, simply, instances of wild nature. Perhaps our need to call them art or art-like is a need to reconnect to our own wild mind (what I think we do when we draw). That being said, as I photographed the following images, I thought immediately, "these are like... drawings." 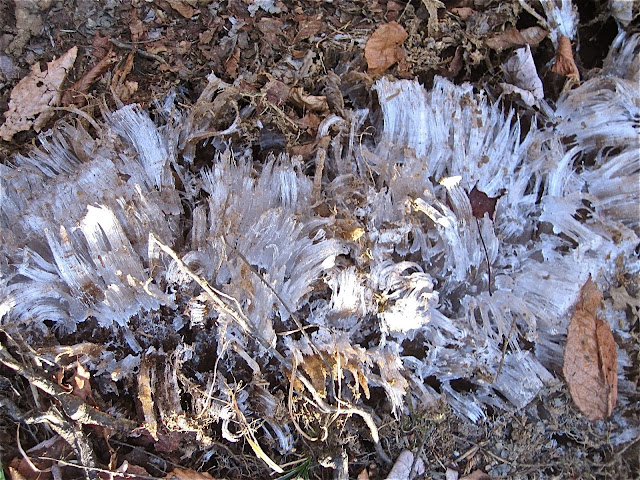 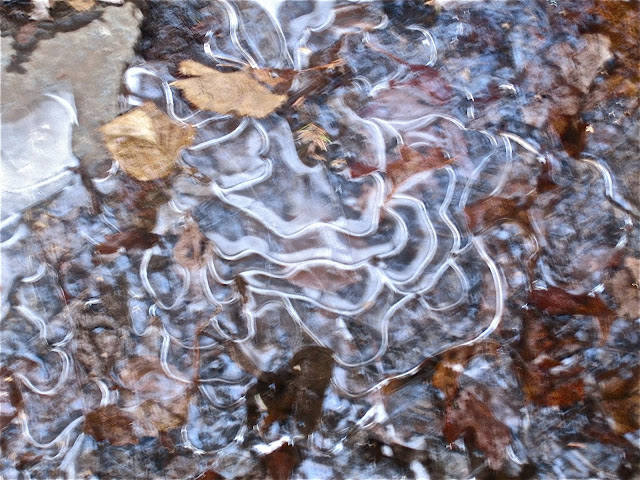 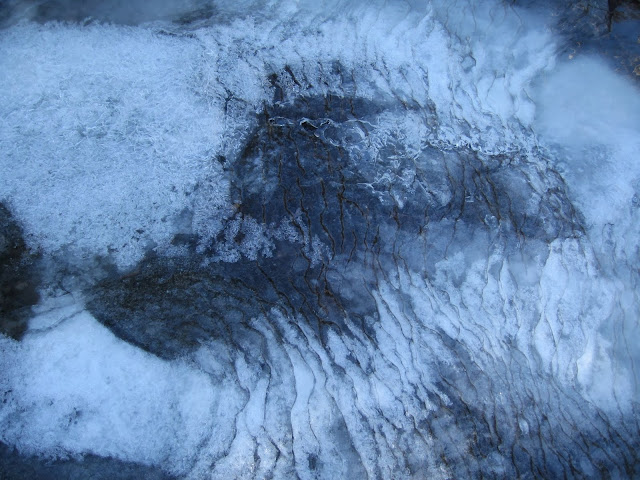 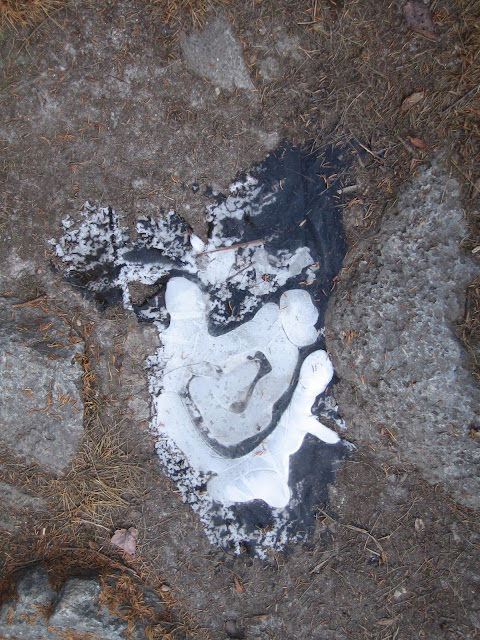 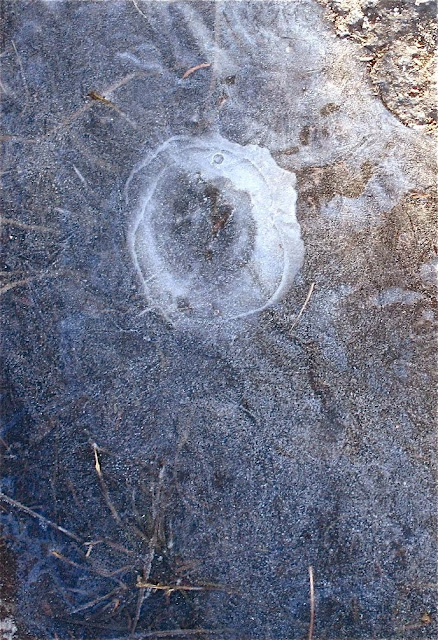 Enso: In zen buddhism, an ensō is a circle that is hand-drawn in one or two uninhibited
brushstrokes to express a moment when the mind is free to let the body create. The ensō symbolizes absolute enlightenment, strength, elegance, the universe. It is characterised by a minimalism born of Japanese aesthetics. 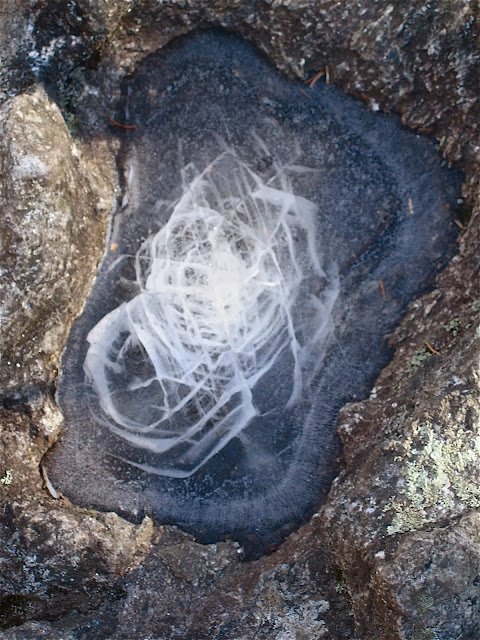 So what is it that moves? Is it the seasons? Is it the mountain? Is it the body (the point) that passes through space? I brought the question to dokusan (an interview with a zen teacher) at the Worcester Zen Center. His response, notice I did not say answer, was, "Yes. That is a wonderful question. Good for you." 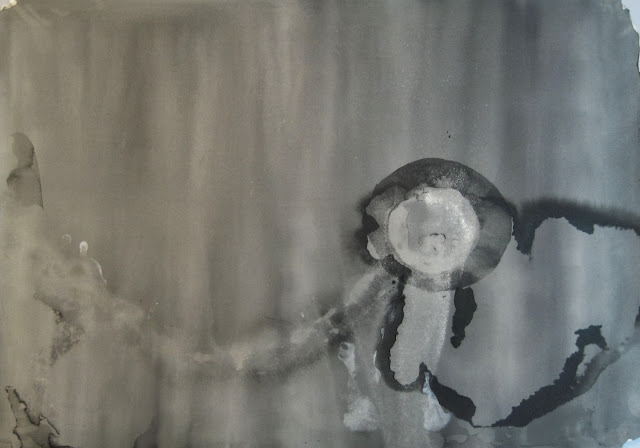